“There's a race of men that don't fit in, A race that can't sit still; So they break the hearts of kith and kin, And they roam the world at will. They range the field and rove the flood, And they climb the mountain's crest; Their's is the curse of the gypsy blood, And they don't know how to rest.”
- Robert Service 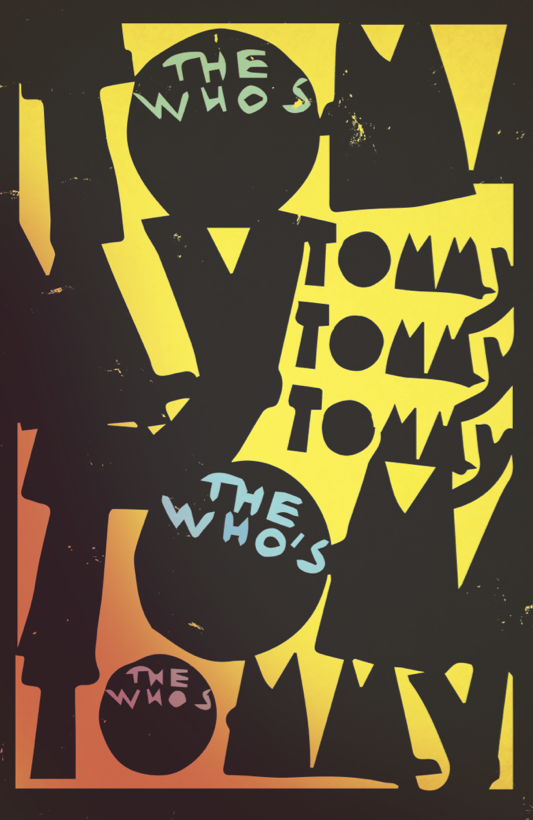 It's been a long time since I wrote anything, but now's as good a time as any, since I actually have something to advertise!

On January 1, 2014, I resolved to go back to the theatre. At the time, I told myself that the goal was to get back to "my people" and get involved in a community that I'd been missing a lot since I started nursing. My last show was 8 years ago**. So back in October I gathered my courage all up in a little pile and I auditioned for a local production. Truth be told, I was misty-eyed on the drive home from that audition because I was convinced I was terrible and as rusty as grandpappy's old tractor.
Turns out I was able to fool them into letting me come and play in their gang.

It's been quite a journey, re-teaching the pipes to sing in harmony and sweeping the cobwebs out of my dancing-feet for this production. It's felt a lot like when I undertake a craft project:

Stage 1: Excitement. You get all your little ducks in a row and fondle all of your new things
Stage 2: Realization. You start to see that this "little project" will require perhaps more time and committment that you originally thought. But it's still fun and I have this totally under wraps.
Stage 3: WTF, Please Stop. The stage where you're neck deep and you'd pull the ripcord if it weren't for the fact that you'd be a real d-bag if you stopped now. It feels overwhelming and you're convinced that it'll never, ever get finished. Why am I doing this again? Will this ever end? Did I think this would be fun somehow?
Stage 4: Girding Your Loins. Something in your frazzled head clicks and you're able to muster up a little more motivation to work a little harder to finish that one thing that has been bogging you down in the project. There is often drinks or coffee involved.
Stage 5: Satisfaction. You see that you're now on the downward slope and you're nearing completion. You're now just doing the finishing touches and you can see all of your hard work coming together.
Stage 6: Completion. You've done it! (And you forget somehow how much work it took so you'd defintely do it again, easy) Mic drop.

All that said, I think I'm somewhere betwen Stage 3 and 4 right now. But things are coming together and I am starting to believe again that this show is going to be plenty of fun! Now, onto that shameless self-promotion I mentioned before...

For more information regarding tickets and bookings, head to the Theatre Cambrian webpage

What's this show about, you say? Well folks, the easiest explanation is that it's a Rock-Opera cronicling the life of a deaf, dumb, and blind kid who plays pinball really. really well. The Show was written primarily by Pete Townsend of The Who in 1969, and was released as a rock album. It wasn't performed as a broadway-style musical until 1992, however it was released as a film in 1975. The show isn't for the faint of heart, though. This disabled kid doesn't have a stellar childhood and includes being intensely bullied by his two-faced cousin and molested by his drunk uncle who later tries to exploit his pinball-wizardry. Nice, guys.

For a more in-depth explanation of the show, I highly reccomend this wikipedia article.

As an aside, I saw this show two years ago at the Stratford Festival and it was brillant. They still have a few videos from the show posted here, and I'm especially fond of the scene where Tommy plays pinball and the machine lifts and spins and shoots fireworks (see "I'm free-Pinball Wizard Reprise"). Additionally, it was directed by Des McAnuff, Stratford's Artistic Director and Pete Townsend's original homie when he wrote the show. Rad.

So, come see the show! Support theatre in your community! I dance and sing and play many characters, including (but not limited to): Hearing Specialist #6, War Bride #4, Paratrooper #8, Local Lass, Sex Fiend #2! Yes, you read that correctly. Extra! Extra! Fun times for all, Big and Small!


**For the record, the last time I did a show, Facebook didn't exist and I looked like this: